By John July 10, 2011
Just a simple conversion using the Chaos Lord in Terminator Armor combined with the new finecast Abaddon. 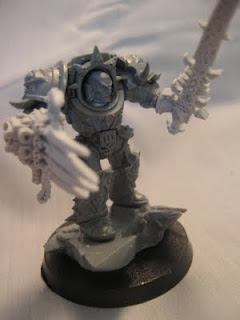 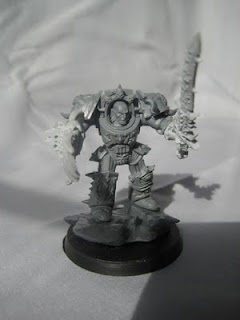 As you can tell from picture number two the finecast is subject to a bit of bending... I held it straight with a bit of pressure for about a minute now it seems to be holding straight. All and all big fan of the new finecast level of detail, was never a big fan of the Abaddon model since he was a bit smaller then his new Chaos Terminator counter parts. So it was only logical since I had a Chaos Lord laying around after purchasing one for by Belial conversion, that I make myself a fancy Abaddon. I was going to put the finecast trophy racks on him but their base too thick to fit between the shoulder pad and armor. So I decided on a cleaner look. 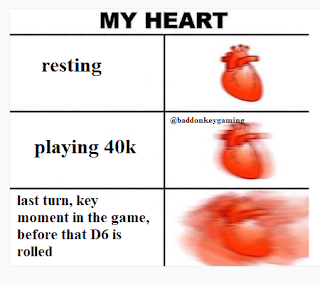